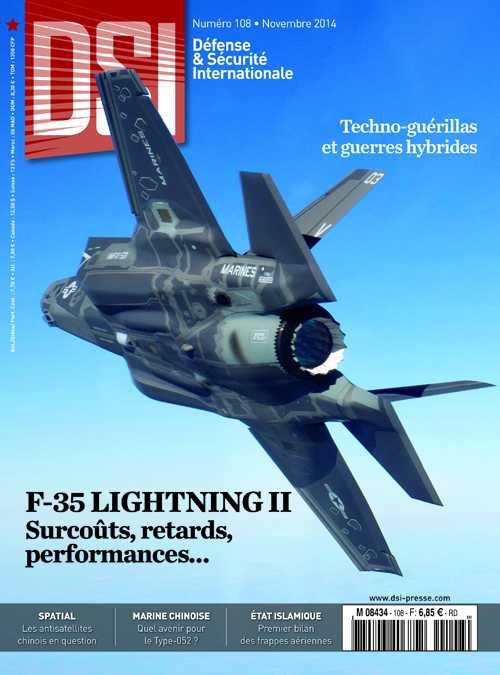 Three new French publications have found their way to my desk recently. First, the always excellent Défense & Sécurité Internationale, #108, from the Areion group. This magazine is a serious, well-made and highly professionnal package. It is mostly made by defence specialists for defence specialists, and deals with a wide array of topics. It includes a defense monitoring section as well as articles on currently hot topics. This month, the cover article deals with the infamous F-35 Ligthning II program. It echoes a number of articles DSI have published over the years on the same subject. I shall get back to the F-35 program from a Canadian perspective later on. You also get the third installement of a series on the M1 Abrams.

Next, two publications from Éditions Caraktère. The Hors-Série #19 deals with German’s FW 190A. 130 pages of detailed information about the conception, production and operationnal deployement of this famous aircraft. These Hors-Séries are very well made, with excellent technical data, plans and color plates of various units, but also gathering feedback from users and opponents alike. Finally, #46 of Trucks n’ Tanks have a neat article on WWI tank designs. The introductory, general interest magazine focusing on AFVs has two articles on the Panzerwaffe: L’arsenal de la Waffen SS and  Panzer IV Lang, la naissance d’un char de combat.